Though Francis Bacon is scarcely known for the furniture and rug designs he made as a young man, this interior design period of his past gives us significant insight into his self and work.

Embroiled in battle upon a paper-thin plane, a man and a bull are having it out in the ring. Their bodies are tensely wrought and continuous with one another. Behind them, a panel reflects the attendant crowd back at us; a red banner topped by an eagle, reminiscent of a Nazi emblem, is supported over the heads of the onlookers. At our feet, a pool of viscera is limned with a white splatter. All around, a shallow and luminous orange field binds the scene on all sides, enclosing and containing, fixing the action at the very point of its eruption.

Like so many of Francis Bacon’s works, Study for Bullfight No. 1, from 1969, is a portal into a constructed interior design. We witness the bloodsport at the centre and notice with a shock that our own surroundings are reflected to us, filled with the spectres of fascism. In an instant, our status as onlooker is lain bare in its complicity, and we are pulled into the ‘shallow depth’ of the painting to which Gilles Deleuze has referred.

This interior is sparse and airless, with minimal differentiation of distance, the yawning fields of colour (Deleuze continues) ‘forming a hollow volume, determining a curve, an isolating track or ring at the core of which the Figure enacts its small feats.’ Space is used in a very particular way here: the defiance of depth is always resistant to any directness of representation, and resistant in particular to the construction of narrative.

Against the trappings of Bacon’s celebrity in the latter half of the 20th century, all the tales of gambling, drink and rough sex, his violence and his iconoclasm, a somewhat lesser-recalled history is one of his inter-war period, when he worked for a time as an interior designer. Bacon began designing rugs and chairs while living in Paris in the late 1920s.

While modernism unfurled across Europe – the Bauhaus in Germany, De Stijl in the Netherlands, the Wiener Werkstätte in Vienna – the heights of art nouveau were overtaken in Paris by art deco and influence from the likes of Eileen Gray. Francis Bacon would come across her showroom, the Galerie Jean Désert, in 1928 at the age of only eighteen. With its stark black facade and white lacquer panels, stripped-back interior design and streamlined furniture, the showroom was a place set apart from the fuss and dust of historical designs. 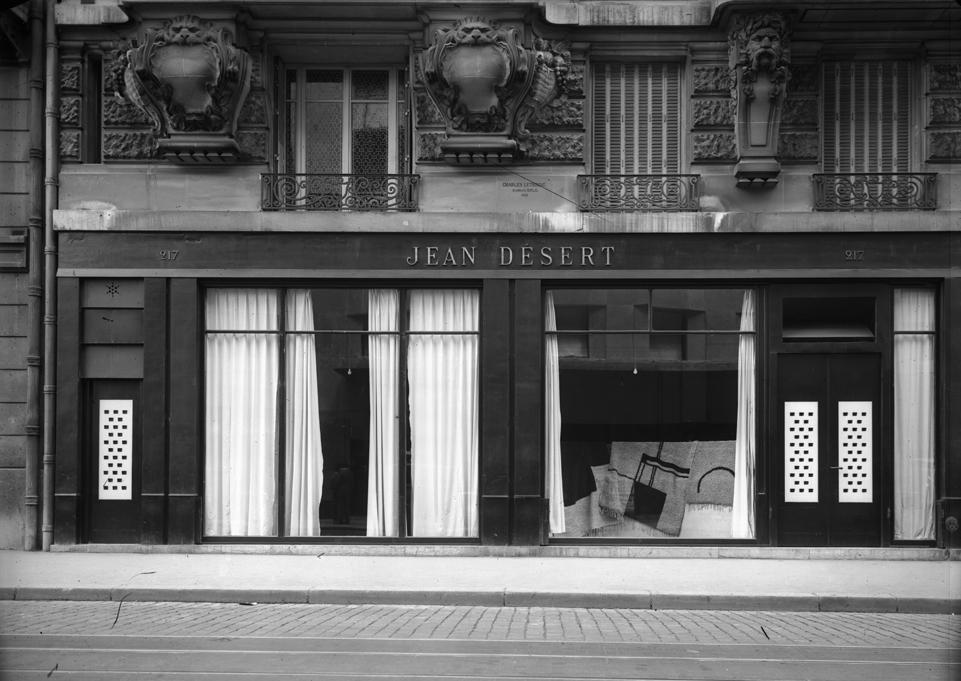 Various influences have been traced between Francis Bacon’s early work as an interior designer and his subsequent painting, from the formation of the ‘space frame’ identified by critic David Sylvester as a structuring device and explored in detail in a 2016 Tate Liverpool exhibition Francis Bacon: Invisible Rooms, to the echoes of tubular frames identified by Rina Arya as present in works such as Fragment of a Crucifixion (1950) and Study for Crouching Nude (1952) – a material that was popularised in furniture design in the 1920s and 1930s, featuring also in Gray’s most prolific table design.

A particular connection might be made, however, through Bacon’s revelation at the Galerie Jean Désert, conveyed by Mark Stevens and Annalyn Swan in their biography of the artist. They describe ‘a spare interior: a striped abstract rug lay on an open wood floor, and sculptural furniture stood out like forms in the desert … The interior of Jean Désert delivered, in 1928, a tremendous shock. Suddenly the known world of rooms looked undone and emptied out’.

This description recalls the ‘large shores’ of colour identified by Deleuze as surrounding the writhing and entrapped Figure, that through colour can conquer time: ‘as eternity and light in the infinity of a field, where bodies fall or go through their paces’. Jean Désert contained a ‘promise of renewal and escape’.

View Architecture for London’s portfolio of interior design and furniture.

By the time of Bacon’s encounter with Jean Désert, Gray had shifted her focus from furniture and was in the south of France, building E-1027. The showroom was then being run by a collaborator of Gray’s, Evelyn Wyld, with her design partner Eyre de Lanux. The pair were particularly interested in rug design, and Francis Bacon became similarly taken, also favouring the work of Ivan Da Silva Bruhns. He returned to London, whereas a young designer with a keen eye, but little experience, he would have a greater opportunity to sell in a field that remained far stuffier than among the experimental modernisms of the continent. 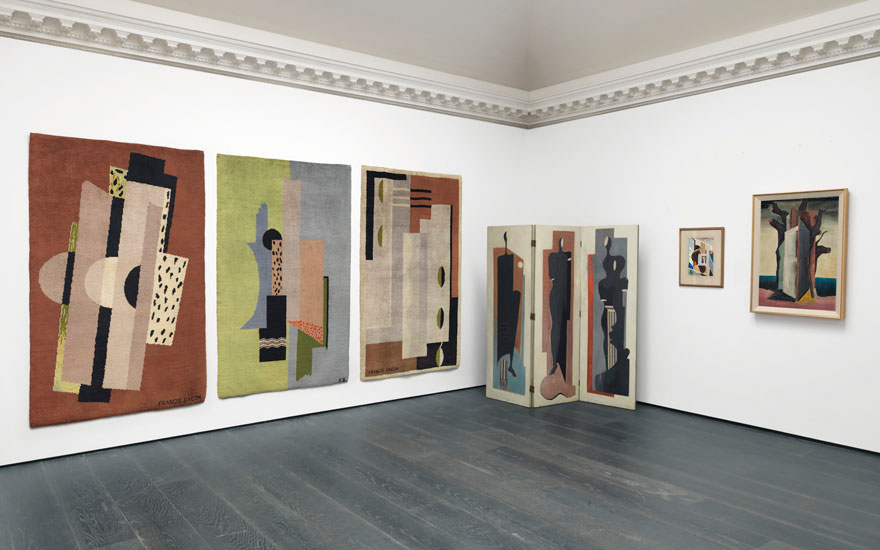 Among designers such as Gray and Robert Mallet-Stevens, another French influence upon Bacon’s development as a designer, a particular aim was to perfect a room, with the showroom as a site of this principle of unification. Bacon sought his own iteration and settled into a space at 17 Queensberry Mews in South Kensington, where a first-floor entrance opened at the top of a double-height space.

The studio is depicted in a painting by Roy de Maistre from 1930: glass-topped circular chrome tables (like Gray’s) stand among geometric rugs in cream, black and brown and are adorned with blocky letters spelling the artist’s early signature. Between them stands a rounded, M-shaped stool, also a close copy of a curved lacquer bench designed by Gray between 1920 and 1922. The ceiling was painted white, with no moulding: ‘the days for plaster scroll work and painted angels is past’ stated Paul Frankl’s design textbook New Dimensions, a major source for Bacon. 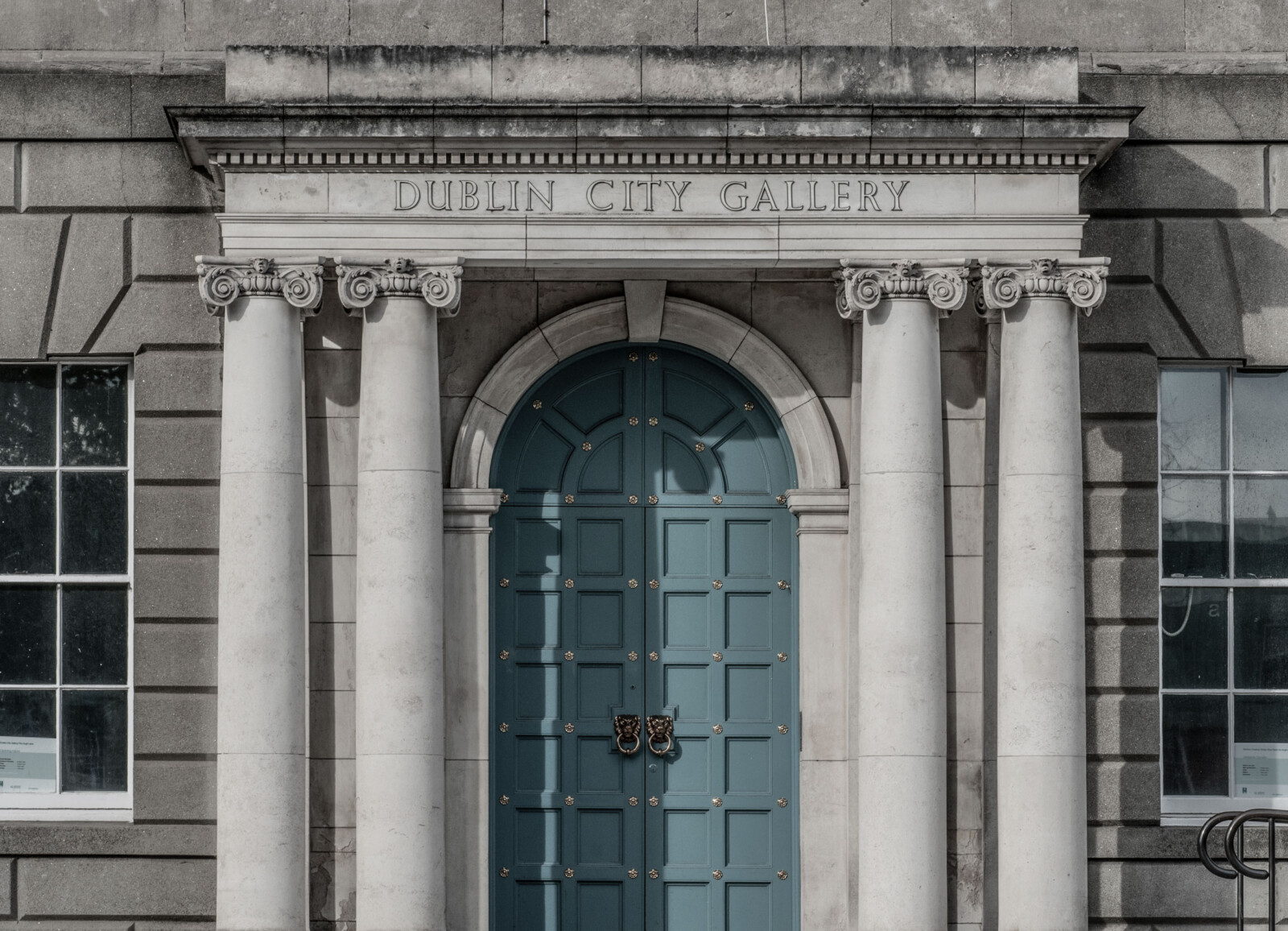 Roy de Maistre was a friend of Francis Bacon’s, providing him with his first real education in painting. His depiction of the Queensberry studio featured alongside drawings and pastels by Jean Shepeard as well as some of Bacon’s rugs and early paintings in a 1930 exhibition there. One reviewer wrote of the show: ‘transported into different and less congenial surroundings, these paintings might lose some of their interest, their main raison d’être being the decorative purpose which they serve’.

That the works were not considered in their own right may go some way to uncover the obfuscation with which Bacon soon came to treat his design work. The profession was not considered less worthy, where the critic David Netto has noted that ‘furniture-making was king of the decorative arts, a field then viewed as the equal to painting or architecture’.

From interior designer to artist

But as his own worst critic, and a prolific destroyer of painted canvas, Bacon was hard at work perfecting the image – not just in relation to his work, but his own as an artist. As Stevens and Swan put it: ‘He would not want to admit to having worked hard to attain success … but would instead present his early years as a muddled disaster, a time of dissipation made possible by family money during which he gained almost no experience or training in art. He could then emerge miraculously as an artist, as if sprung fully formed from the head of Zeus.’

Leaving no room for the impurities of mixed disciplinary interests, for trial and error, for youth or frisson or shades of doubt, Bacon’s constructions of his own history enact the same structures that give us the star systems with which we celebrate artists, designers, and architects alike. It is worthwhile to remember that these narratives are also arranged, designed, and built over time – by those that these narratives are about, but also by every person who repeats, preserves, or perpetuates them.

Discover Architecture for London’s heritage projects, which include artist studios, galleries and listed buildings. If you would like to discuss your project please contact us. 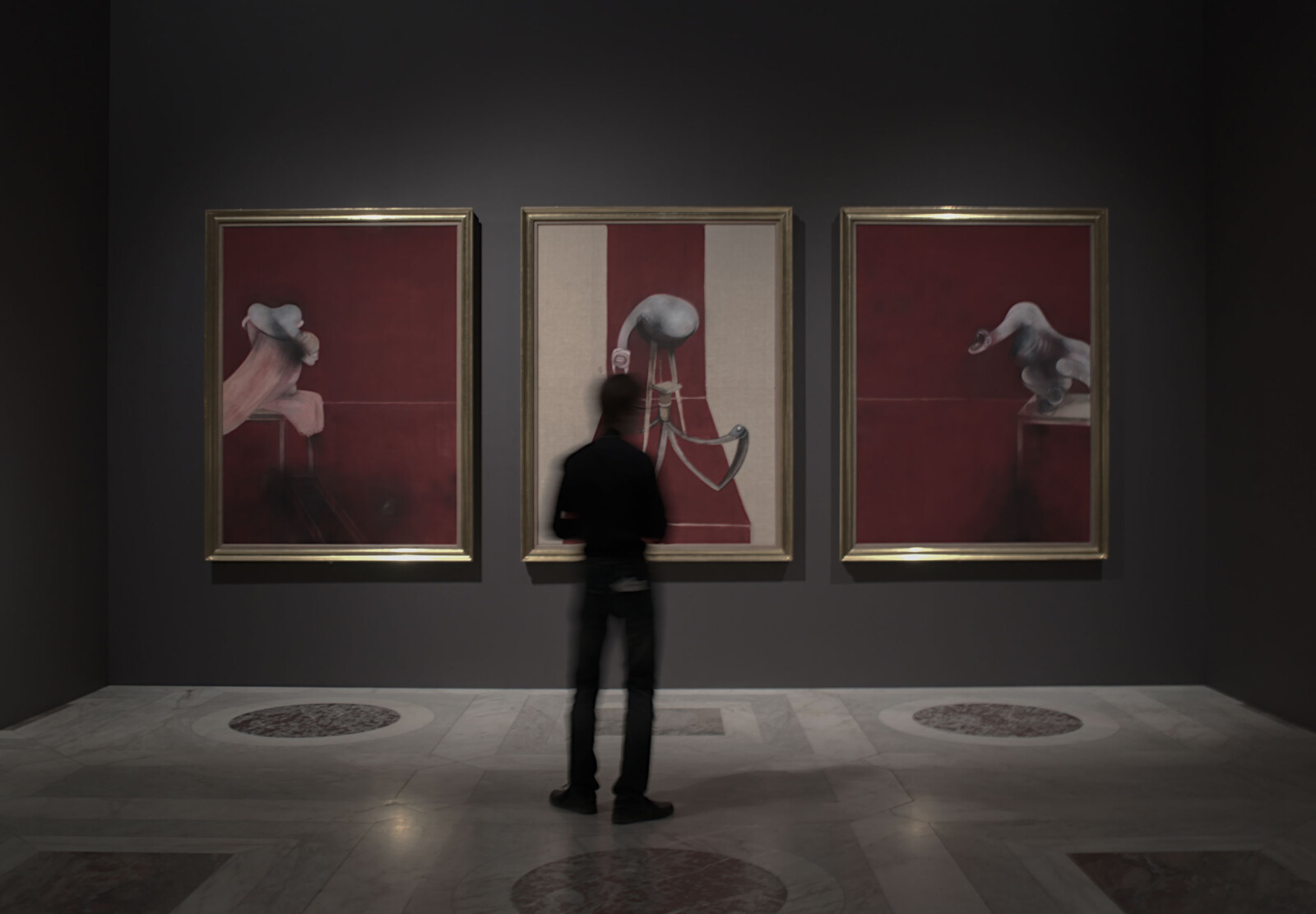